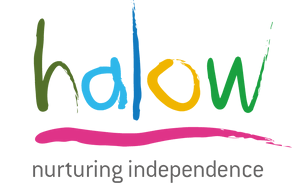 Many of you have been contacting us asking about progress on The Boathouse Project in Guildford. You may recall that in early 2016 halow was approached by the development company taking on the Guildford Boathouse that had stood derelict for some years. We were delighted to be asked to be involved in this re-development project that at the time had the potential to offer a new modern working environment for the charity halow project and its sister company halow care, as well as offering volunteering, training and paid work opportunities around the proposals for a cafe/bistro and a new pleasure boat hire business for residents and visitors to the city.

We worked out how best to make use of the proposed collaboration and many of our supporters sent in letters of support for our involvement in the project and citing the many benefits to people with learning disability that such a collaboration would bring.

Unfortunately however the planning permission process was a much longer and arduous one than the development company had anticipated. Planning was finally approved in December 2017. However, it was approved conditional on a large number of requirements to the plans.

There was then several months work around meeting these requirements and as a result the developing company, now known as Soul Space had to redesign some of the internal space and rethink some of the original thinking. As a result of this and having had to spend a considerably longer time on the project to get it to this stage Soul Space decided mid 2018 to place the development of the site on hold.

Local residents will note that the derelict building was demolished and the site made safe. We are not clear when the company might decide to move the build project forward and the final plans and proposals would need to be presented to the charity’s Board of Trustees in its final form for the charity to consider whether the original aspiration to be part of the project would still be possible or right for the charity at that time.

As many of you will know over the last two years halow has grown in the numbers of people we support and staffing and we are creating new community partnerships all the time.

It is still an exciting prospect for halow to be involved in the Guildford Boathouse project when it is re-developed especially if people with a learning disability can be meaningfully involved in the running or any customer focused enterprises such as the boat hire or a riverside bistro.

We await the re-development of the site with anticipation and thank all our supporters and local residents for your support and faith in us in this endeavour should it go forward as originally planned.

Best wishes to you all