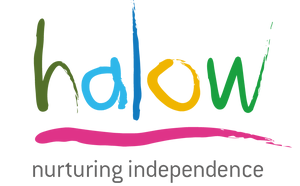 FLAT OUT AND FEARLESS...halow announced as 2015 beneficiary for Goodwood’s Festival of Speed